Least I Could Do is a webcomic written by Ryan Sohmer and drawn by Lar deSouza. It revolves around Rayne, a jerk who used to stand for misogyny, simple (almost childlike) fun, and lots and lots of sex. That has changed in recent years, and he has become more of a dreams with means man than anything else, which this author is personally pleased to see. The supporting cast in Rayne’s life is fun, interesting, and mildly varied. Don’t get me wrong – Rayne is still a jerk, but he is a jerk in some good ways, though he still “employs” an ageless “urchin” that he uses for peculiar and fortunately speakable purposes. The strip is updated every day.

When January First (1-1-2018) rolled me out of bed, I checked the strip and found something of interest. Certainly not the comic, which was about as boring as a comic could possibly be, but rather, a word.

What is this massively strange and somewhat frightening thing about… oh! Look! Phobia! I guess it would be a scary word about fear.

Kat Johnson, the apparent creator of this word, could probably describe it better than I could, so I’m headed over to her site to snag her description and definition.

Atepapyrophobia – a fear of ruined paper.

Atekanevaphobia – a fear of ruined canvas.

Ateloaetorrophobia – the fear of an imperfect creation.

Atelodemiourgiopapyrophobia – the fear of imperfect creative activity on paper.

There we have it! The Brisbane native has defined it as the fear of imperfect creative activity on paper. For writers, this is a truly powerful fear, as it can be the greatest foil to our productivity. Before we write anything, there is unmarked potential. A blank, pristine canvas of every color in existence blended just right to shine. Why would anyone want to mar that with words? Just like the new year, we shouldn’t do anything to hurt it. If we do, then it is ruined, and that…

What? No! I am absolutely not procrastinating! I am describing something poignant. I am describing that moment before anything begins. I am describing the stress of transcription. In reality, that is all writing is: transcribing the pretty pictures in our heads into something that other people can access. So often, however, those transcriptions are imperfect. We create typos when we strike the wrong keys. We don’t quite have the right word, and in our struggle to create it, we get frustrated and want to walk away. And then there is the rejection… It’s almost enough to drive a writer back under the covers of his or her bed.

Now that the fresh white of a New Year has descended upon the lands of the world, one can’t help but move on. We have just walked into the first page, and it is up to us how we decide to bring the year about. There will be things beyond our control. There will be headaches. There will be salty rivers cutting their way across the bedrock of our faces, but there will also be joys and accomplishments. Eureka moments will leap out at us and fill us with giddy joy. 2018, like each year, will provide their own novelties. One such, is how novel and novel are the same. We write novels to bring novelties to other people’s lives.

All we have to do is to look that pristine page and ignore all the reasons not to start writing. Life will tell us not to. But like the new year, accept the inevitability of creation. Do not let your Atelodemiourgiopapyrophobia win out. Or, to quote probably the greatest campaign slogan ever: 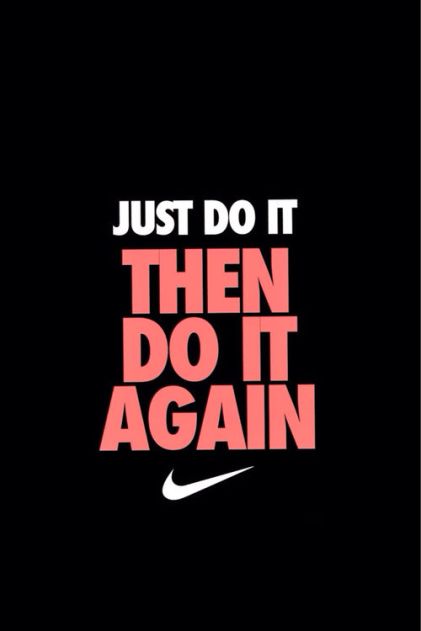 This has been Rob. See you around.